This post has been published by me as a part of the Blog-a-Ton 29; the 29th Edition of the online marathon of Bloggers; where we decide and we write. To be part of the next edition, visit and start following Blog-a-Ton. The topic for this month is 'TWO MINUTES'.

t was a windy night and shutters to almost all the shops had been downed except a few illegal liquor shops who thought it better to make money rather than fear the onslaught of the hawaldars. If someone did come and say anything they could offer a bottle or two which would surely pacify them. Several shady figures lined in front of the shops and discussed their business which ranged from changing the face of the nation to robbing the local banks.

Rajan was a regular visitor to the area and liked to spend a lot of time interacting with the number of wise people who had ingenious ideas. Sometimes he could overhear some sinister conspiracies shaping up or a plot hatching. This would really make him curious. He had the knack of starting conversations and would approach anyone unapologetically. Not that anyone said anything as most of the stuff people said there were rumours and utter nonsense.

He had been hearing of a series of bomb explosions that were being planned across the city. It really made him excited when news like this made rounds. Although more often than not this would prove a false alarm occasionally it did have some authenticity. He had a childlike glee on his face and he immediately wanted to be a part of the exercise.

He had always wanted to be part of such a big operation and it filled in him a sense of pride and satisfaction. He sometimes felt a pang of fear but he would quickly try to forget it as he could not afford to be weak in such critical matters. After speaking to a couple of old hags and a few notorious looking young fellows he made his way down the alley to an abandoned building which was planned to be the city market once. Due to the fallout of discussions between the local authorities and the builders the construction had been left midway and the building was locked out till any deal could be materialized.

Rajan had got some clues that the bombers were put up in the building and could use a few extra hands. He had some experience in bomb making and could use the gun also if need be. Once he was in front the building he saw that it was locked from the outside and there was an outer wall with barbed wires. There was no way someone could make way inside. As soon as he was about to leave something flashed from the direction of the building. That was the signal he had been waiting for and he quickly started scanning the wall. Towards the back of the building a part of the wall had been cleverly camouflaged by a few trees through which a grown up man could reach the back of the compound by crawling on the ground. 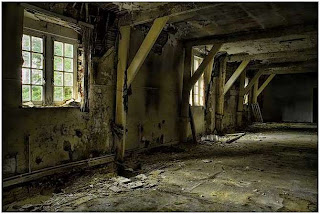 He made his way through the trees and with great difficulty reached the other end. He was out of breath when he finally untangled himself and dropped down on his knees to rest. Before he could react two men with automatic AK-47s had towered in front of him and were about to pull the trigger. His heart skipped a beat and before he could say anything he was shoved towards the side with a blow on his face with the hilt of the rifle. The armed guards threatened to kill him and asked him if he was a spy. Rajan had to quickly clarify that he merely wanted to be a part of the mission and mentioned a few of the names who he had interacted with outside. The guards were still sceptical and called out their senior to take a look at Rajan.

The head guard came over after a few minutes flanked by three other guards. It seemed that these people were a proper outfit and had been designing the mission very precisely. It further added to the excitement of Rajan and he immediately decided that this was the opportunity he had been waiting for. He explained his situation to the head guard who was a short man with a big moustache which made him look like a dwarfed version of a comic character which he could not recollect.

It took some time to convince the group that he was there to help them and only after sufficient enquiry did they allow him to be a part of the mission. The group wanted a few extra men as the scale of the operation had been beefed up at the last moment. But they were extremely wary of troubles that an unidentified man could create and as such they wanted to exercise sufficient restraint before recruiting.

Two guards led Rajan to the main dormitory which was filled with all kinds of sacks, rifles and materials to make bombs. Around a dozen men were working on the devices and a single man was instructing all of them to increase their speed as they were short of time. It bothered Rajan a bit as he did not want to miss out on the action. He quickly greeted the leader and explained himself. The leader was convinced with him and had trust in the head guard’s judgement. He started explaining the plan to him but was clever enough to keep him in out of the loop about the matters that the leader thought should not be disclosed. He was given his brief and told that the explosions would take place the day after on the Republic day.

It was too less time for Rajan to get into the thick and thin of things and he started talking to the rest of the team to get to know what exactly the full plan was. He did not want to miss out on any details and do some mistake that the operation fails. He was a diligent and honest team member and he gave his cent percent to the task at hand.

By the end of the day the leader was satisfied with the progress and called everyone for a meeting to discuss the tasks that they had to do for the next day. As most of the plan had been finalized it was time for some dress rehearsal and as such the teams were divided into 7 groups of two people each. 5 of those groups were to check out the locations and think of the vantage points where the bombs would be planted. The 6th team was to manage the control room and the 7th was to check that all the explosives were working and were in good condition.

Rajan was in one of the location team and was partnered with a dumb Afghani fellow. The Afghani was the team incharge and he had to follow the methods devised by the team lead. They started together and had to scan the full location and devise a strategy with a full fledged back up plan. It was a very tedious task and they had to do it discreetly. It took them around 4 hours to have a full plan in place and after satisfying themselves they started their way back.

On the way Rajan excused himself for two minutes and went away to make a call to his family. The Afghani was initially cooperative and understood the young man’s feelings but he also had a sense of suspicion because he was a new recruit. Rajan soon came back from the STD booth and looked quite dejected. Afghani tried to display his human touch and enquired if everything was fine. Rajan was still very low on confidence but he never told anything about his personal life to anyone.

That night there was a raid on the abandoned building and the full block of ammunition was captured. In the crossfire almost all the terrorists were shot dead including Rajan. Local police officials took great pride in their achievement which was followed by a flurry of promotions and rewards.

In a lonely corner of the secret police service compound a ceremony was done to honour Rajan and his services. No one ever came to know about the heroics of the acclaimed terrorist and his story was buried somewhere in the big fat books of the just society. 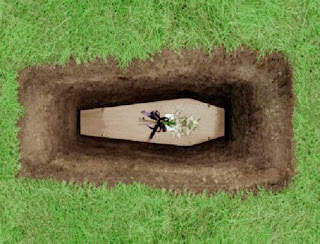 The fellow Blog-a-Tonics who took part in this Blog-a-Ton and links to their respective posts can be checked here. To be part of the next edition, visit and start following Blog-a-Ton.