Dog and the bones

ew Delhi-Howrah Rajdhani express had just been derailed near Allahabad and it was tough to get an estimate on the number of casualties. This came as a shocker to the government as Rajdhani is considered as an elitist train and this was bound to create a lot of noise in the coming days. The government was already under scanner for rising inflation and lately for the surge in fuel prices. The high command in Delhi though thought it fit to keep silent and let the fizz die away. There were some tough questions that the Railways had to answer and media would make sure that they get their piece of the pie.

However right now it was time to speed up rescue operations. As the accident had happened in the middle of the night it was difficult to mobilize the rescue teams immediately. Railways was just like any other government agency and the staff liked to rest in the middle of the night rather than running around and saving lives. The first ones to reach the accident spot were the local villagers who tried their best to get the passengers out of the rummage.

A few local goons and mischief makers had made sure that they don’t let go off the opportunity and attacked the train like an angry snake with the full force of their venom. They had thought of looting the rich passengers but were cheated because of the amount of rubble. It was an accident that was unlikely seen and around four bogies had capsized over each other. There were very few survivors and those who were left were also gravely injured and looked as if they would give away any moment. It was a disturbing sight and soon a riot had broken out between the goons and the villagers. There was no room for sympathy when it came to the interiors of this great country. It was a paradise for some and was worse than hell for the others.

Torn between anguish and disappointment Railways had sought the help of the Army who responded very swiftly. In a matter of hours the full area was sanitized and the situation was taken under control. But the pride of the nation had been hurt and the loss of life and property could never be compensated.
It was not the time to read verses from holy books and cry for the ones who had been killed in this historic disaster. It was more than an accident and was tantamount to mass murder. Government needed to make a strong statement and the media briefing was done by the home ministry the following evening. Citizens were assured that the perpetrators would be brought to justice and the guilty would be punished. The deceased and the injured were also going to be compensated by the government and a special task force was going to be deployed to get to the bottom of the matter.

Swami was amongst the lucky survivors of the mishap and was invited over by a dozen news channels to narrate his account of the sensational accident. He made sure he told all the details passionately and in return got the required benefit from the news media in terms of invites and celebrity status. Opposition also did its best not to let go off the incident and sent a rally of its top leaders to the mishap site as if it was a heritage site. It was time to have a gala time in both the houses of parliament and hurl accuses at each other.

The critical situation was going at the normal pace and was generating much flak from the media circles and opinion makers. But little did anyone know that this time it was going to be a different ball game for the bureaucracy and the revered politicians. A letter was found circulating on the social media websites that claimed that the government knew of the accident from beforehand and that the derailment was caused intentionally. It further explained that the government was shielding the local goons who formed a major part of the vote bank and were state loyalists. Surprisingly it also blamed some of the leaders from the opposition to have an interest in the loot money and claimed that some of the miscreants were party workers comprising of both the top parties.

The inflammatory tone used in the letter clearly showed that the writer was deeply hurt by these developments and was making sure that the correct information reaches out to the masses. It shook the sleeping politicians and this stung them in the back as an arrow. Ministry of telecommunications soon got hold of this issue and tried tracking the whistleblower. After a few weeks the police claimed that the letter writer was actually a Maoist who had sent across the letter to spread panic and disturbance in the nation. The opposition supported the police findings and there was almost no uproar over the letter in any of the media channels. Though a few muffled voices did try to highlight the fact that how such important revelations could be not investigated none of it was taken up by the authorities. With dying media attention and the ongoing maverick local cricket tournament this issue was put on a backburner and more important issues of corruption in the sports and the upcoming Olympics representation took up front seat.

The indecisive and educated Indian population very conveniently forgot about the letter and focused on whatever was being served by the media. After all it was highly unlikely they would accept the versions of a lone person who claimed such disturbing information and threatened the very fabric of the political machinery. It was plain stupid on the part of the whistleblower to give out such information and some of the people believed he should have left either the government or the opposition out of the accusations if he wanted some action to be taken.

Few weeks later a high level meeting was organized by the government which was attended by key members of the opposition. The whistleblower stood outside the venue scanning the cars. After strolling around for half an hour he took a last look on the magnificent hotel and smiled. After turning back he rammed into a stray dog that started barking on him. After throwing a few stones he gave up as it was of no use and he could not fight the dog in its own territory.  Before the dog could bring upon his associates the man was gone around the bend. 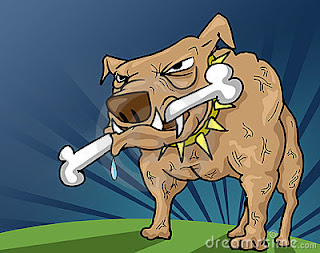 This post is part of the contest Ten words to a Story(or Poem).. on WriteUpCafe.com