It is a wet morning in Kolkata with children and office goers waiting for buses, ducking under any shelter that they can find. It is very interesting to note this scene as children often have funny little umbrellas which is more a hindrance than a help. Office goers display funnier characteristics and can mostly be found bickering at the wet weather and how messy the roads have become. The city is full of little potholes that crop up every now and then on the main roads. It displays its true colours during the rainy season when water accumulates in these makeshift bowls and is splashed on the pedestrians every time a vehicle passes. Waiting for buses is often a pain as often these bus stops are overcrowded and boarding them is a task in itself. To add to it the waterlogged streets are not something that one can look forward to. For children it is fun as it meant getting dirty and sometimes it meant bunking school also. Office goers do not have this liberty and are left at the mercy of the rain god.

At such a bus stand stood a stout boy named Nilesh. He was standing with a group of friends waiting to board the school bus. His friends were chatting animatedly. But one could notice that Nilesh was standing by the side and was not interested in the gossip. He belonged to a rich family and was well taken care off. His father had a jewellery store in the nearby market. Business was booming on the back of soaring gold prices and there was enough money to indulge in all kinds of luxuries.

Coming from such a rich family it would be normal for him to be a lavish spender but that was not the case with Nilesh. Since his primary classes he had been a very quiet person. He never had any problems making any friends owing to his good nature but he rarely used to speak much in the social gatherings. He was what one could classify as a true introvert. He had a close group of friends who he used to speak to and even in classroom discussions he used to keep his thoughts to himself. It was not that he was afraid of speaking in the class but it was just that he was not comfortable sharing his thoughts with everyone. It used to worry him a lot and he often used to sulk on this. No matter how much he tried he could not speak up in these large setups.

Nilesh was now in high school and as any other teenager he had the common problems of love, life and relationships. To any teenager these problems would look the most critical at this age and one can find them spending a lot of time on these matters. There was this girl named Ria who used to be in Nilesh's class and who he used to spend a lot of time with. Nilesh was never the one who spoke what came to his mind and always thought a lot before speaking to Ria fearing that any of his stupid words may cost him her companionship. He used to think about Ria even during the classes and it had started to cost him his regular sleeping hours also. He had have any problem as for them it meant that their child was spending time studying.

It is Ria’s birthday today and Nilesh has got her a cake and a hand written card. While Nilesh was looking in space and thinking about the day to come he saw his friends rushing forward towards a yellow coloured school bus. The bus arrived and Nilesh boarded it with the heavy bag and the gift package in his hand. Everyone seem unusually cheerful today and even the naughtiest of kids are behaving in the best way. It is a perfect day and the constant drizzle is adding to the romantic feel. He could not help noticing the few couples who could easily be spotted in the bus. It is always a wonderful feeling to have a girl by your side. The thought brought a smile to his face. Of course for Nilesh it will add to his respect but most of all he has now secretly started loving Ria.

As the bus entered the school compound, Nilesh ran down the stairs towards the room in which he knew he will find Ria. He could notice a large crowd gathered near the gate of the class. He made his way through the crowd and spotted a couple lip locking in front of the crowd. All the girls were making funny cheering noises and the boys were making lewd remarks. As he went near his heart skipped a beat. It was Ria. But most of all it was his neighbour friend Naman who was kissing her. This was weird. He pinched himself to see if it was a bad dream. But he could still find himself standing there watching his love and his friend. He started to turn around when Naman noticed him and called him to come over. Nilesh froze in his steps. He had tears ready to come out of his eyes but it was best he waited for a while before he could express his sorrow. He turned back smiled and gifted the birthday girl with the cake. Ria hugged her and the trio went away from the din to an empty classroom to celebrate. Nilesh never displayed any signs of sadness and being an introvert it was difficult for him to vent his feelings. He wanted to ask so many questions that were bothering him but he never had the courage to speak up. It was better to stay silent and let it pass. It was the way he had lived and he had got used to it.

Ria was the first to notice the change in the colour of Nilesh’s face and made a mental note to ask Nilesh what the matter is. After the cake was cut and Nilesh gave the card he took leave as he was beginning to feel a bit odd with the couple. He went back home after the classes that day sad and dejected. No matter how much he tried he had the habit of keeping his secrets to himself and never confided in anyone.
He never told Ria about his feelings.

After a few years it was college and time to start afresh. Almost everyone was a couple. Nilesh was not left behind and he had also found a girl named Malini. It was a different kind of a love story that Nilesh had. Their friendship started as they were in the same group and had to spend a lot of time together working on projects and assignments. It did not take much time for them to develop affection towards each other. But both he and Malini were introverts and were shy to say their feelings. As a result he never proposed to the girl nor did she say him anything. But then feelings are not always spoken. They slowly started understanding each other even when the other did not say everything. Nilesh was a passionate lover and the inner fire of not getting Ria always bothered him. But he always found solace in the company of Malini. It was this fire and the passion that Malini noticed in Nilesh. One can speak a lot of things even by being silent. Perhaps it was better that none of them spoke about their feelings to the other as they were implied and it only made their relationship stronger.

Both of them have not said the 3 superficially created so called magic words till date but are one of the best couples and are planning on getting married soon. 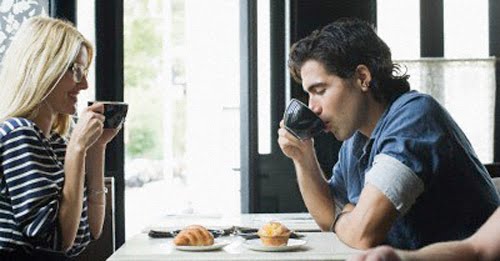 Personally some of the best people that I know happen to be an introvert. Don’t ever ignore these silent fellows. They think deep and have a lot running in their minds. It’s just that they take a lot of time to open up. The above story is just something to explain about an incident in the life of an introvert. I will try and pen down my thoughts on other incidences that the introverts have to face whether it be personal or professional life.
Posted by JJ at 7:44 PM