s the last light of the day faded towards the eastern mountains a lone bird could be seen hovering high up in the sky. It seemed the poor creature had lost its way. It was bellowing in pain and looked in some kind of trouble. As the bird descended on the barren desert plains one could easily identify its characteristic features. In fact it was different from all the other birds one could have ever seen. It took a while for the figure hidden behind the rocks to make out that the bird was actually the same dragon which was rumored to be creating havoc in the country side. The hooded figure slowly moved out from its vantage point and tried to get a closer look on the only discernible living thing in its vicinity. The dragon had huge red eyes and his scales were jet red. It was almost as if the dragon was created to perfection and displayed unmatched beauty. 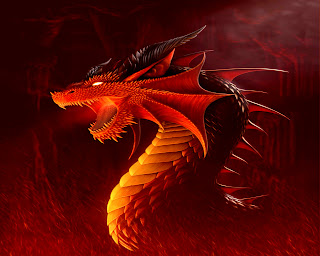 Suddenly the creature woke up from its stupor and roared in pain. It had been waiting for the little man to make a move when he had come out from nowhere. But when the man just stood there without uttering any word it thought better to wake him up. The man was jolted but quite surprisingly he was bold enough to stand its ground. The dragon was feared by the greatest of warriors and its ominous roar would make any human go weak in their knees. The gigantic creature lifted its head high and snorted with disgust.
The man was wearing a black hooded robe and carried a small stick that was bent in a strange fashion on either of its sides. As the man looked at the dragon make its movements he quickly gripped his stick firmly and pointed towards the dragon with a menacing gesture. The dragon looked amused and it could well be smiling by the look of it. As the man started moving towards the dragon the creature thumped its feet on the ground almost creating a sandstorm in the desert. When the air cleared the man was in breathing distance of the dragon.

As the man spoke his voice seemed to be magnified and it was unaffected by the shrill noise that the desert wind was creating. The dragon listened intently to the man who by no means could have been a normal human being. The dragon looked impressed by the imposing voice of the man and was beginning to look interested in the conversation.

Suddenly the dragon felt a shooting pain around its left leg and it shot up ferociously away from the man. When the pain subsided it again landed albeit a few feet away from the man. The man raised its stick diagonally towards the dragon and started humming a few spells that sounded more like a rhymed poem than anything else. The dragon slowly felt its pain receding and as a gesture of goodwill started to move towards the wizard.

When the wizard completed the spell the dragon had been completely cured and was indebted to him. It was a strange sight as the dragon for the first time lowered its head and equaled the wizard so that they can converse on equal footing. The wizard continued where he had left before the dragon had unapologetically left the dialogue. The conversation was a never ending one and the wizard kept on speaking although the dragon looked very tired and seemed that it would fall asleep any time.

When the night star Elvis reached the zenith in the sky and it was pitch dark in the world an unlikely pact was made between a human and a dragon.

The new partners started walking towards the hideout of the wizard. The friendship had just been forged and the wizard was explaining the situation in the region to the dragon. The dragon soon got bored of all the news and warned the man that if it does not have any food it will not hesitate in savoring a human even if it be a friend. Not risking the wrath of the dragon the wizard soon conjured a deer which was pounced on by the dragon even before the tiny animal could make sense of what was happening.

When the dragon had gorged over the tiny deer it looked pleased but not satisfied. Still it tried not to be too greedy and started walking along with the man towards wherever he intended to take it. The wizard did know about the flying prowess of the dragon but did not force it as he could see that the dragon was tired and being too pushy from the start could be detrimental to their alliance. But he did not have much time and he went on explaining the matters at hand to the dragon even though they walked at a lazy pace. They had made a trail all along their way courtesy the dragon that would not lift its tail even though it was making it difficult to walk.

As they walked towards the end of the clearing the desert seemed to be coming to an end and the plains were now substituted by a thicket of trees. The wizard heaved a sigh of relief and continued walking with the dragon explaining the creature the terrain and the kind of people that resided there.

A few squirrels that had came out of their dreys fearing an earthquake saw the source of the noise to be the dragon and started cursing it for disturbing their sleep. The dragon was too bothered by the wizard and his lecture to give attention to the onslaught by the squirrels and continued walking without retaliating. He had little idea what he had got into and how it is going to shape its life in the coming days.

It was just the beginning of an alliance that had to deal with a very tough task. Some people would disapprove the path taken by the wizard but he had given it much thought and this was the best way to go forward if he had to fulfill his mission. 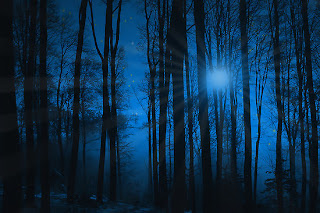